As it does across the North Country, the birding year around Malone and in the St. Lawrence Valley begins and ends in the cold and snow. In many ways the year starts in late fall when the Snow Geese, which have been blanketing area fields and packing into the Malone Memorial Recreation Park pond, begin to head south, their white plumage replaced by the white of windswept snow. Their departure triggers the start of winter when these area fields are home to Snow Buntings, Horned Larks, and Lapland Longspurs while Northern Shrikes keep watch from the hedgerows.

Other predators can also be found hunting along the fields - and a winter trip will likely find species like Red-tailed Hawk, Rough-legged Hawk, and Northern Harrier, the latter most common early in the season. Winter visitors can also include Snowy Owls hunting in places like the Malone-Dufort Airport, and in some years winter birding can include rarities like Great Gray Owls - as it did a few years ago.

Winter is also a good time to check out the St. Lawrence River itself - in places like Robert Moses State Park, where the power dam keeps the water open, attracting ducks like Common Goldeneyes, Common Mergansers, and Red-breasted Mergansers, as well as others. Even more impressive than these are the gulls which can gather at the dam - including large numbers of both Iceland and Glaucous Gulls.

Birders will also want to keep an eye and an ear open for northern finches like Evening Grosbeaks, Common Redpolls, and Pine Grosbeaks which may be found in towns at feeders or dining on ornamental fruit trees. Bohemian Waxwings likewise eat fruit during winter, and birders who want to find more wintering goodies may want to travel south into the coniferous forests of the Adirondacks to search of both Red and White-winged Crossbills. While they are there they can hunt for Canada Jays, Black-backed Woodpeckers, and Boreal Chickadees in some of the boreal habitats of the park.

The diversity of spring in the St. Lawrence Valley

Such boreal species are present year-round in the Adirondacks - something birders should keep in mind whenever they visit the region. That includes the spring which begins slowly across much of the area. It starts with longer days and warming temperatures which gradually begin to melt the snow and thaw the world.

Spring is also a time of year to watch the sky above for migrating raptors - pushing north to nest - and by mid-late April our forests have many of their summer inhabitants including Broad-winged and Red-shouldered Hawks. Other raptors like Barred and Great Horned Owls mark the spring nights with their hooting, and an evening trip to area marshes in spring - such as those along the St. Lawrence River - will offer the pumping of American Bitterns, the winnowing of Wilson's Snipe, and the grunting of Virginia Rails.

Night is also the chosen time to find the courtship dance of American Woodcocks, which plays out each evening on the fields across the St. Lawrence Valley. Every day seems to welcome back another returning migrant species - many on their way north through the area. Yellow-bellied Sapsuckers, Hermit Thrushes, and Yellow-rumped Warblers are soon followed by Blue-headed Vireos and Pine Warblers, and the excitement builds towards May when a storm of migrants will be unleashed upon the region.

The month often begins with a trickle of migrants including Ruby-crowned Kinglets and our first Ruby-throated Hummingbirds of the season. Then we are inundated with White-crowned Sparrows for about a week before they move off in favor of an onslaught of warblers, thrushes, vireos, swallows, meadowlarks, tanagers, buntings, and grosbeaks. The excitement of May means there aren't possibly enough days to explore the diversity of birds, and we are soon nearing the end of the month and approaching the Great Adirondack Birding Celebration (GABC) held each year at the Paul Smith's College VIC.

The event kicks off the summer of birding, at a time of year when birds are singing from every habitat in both the Adirondacks and in the St. Lawrence Valley. And so we explore deciduous forests in the valley for American Redstarts and Yellow-throated Vireos, edge habitats for Chestnut-sided Warblers, Willow Flycatchers, and Indigo Buntings, marshes for Green Herons and Black-crowned Night-Herons, and fields for nesting Bobolinks, Eastern Meadowlarks, and Eastern Bluebirds. And we can head a short distance south into the Adirondacks where a world of warbler and songbird habitat sings in summer - interested birders should visit the Saranac Lake website to learn more.

But summer is short in the North Country, and before we know it, the birds curtail their singing as their nesting activities wind down. As such the second half of summer is quieter than the first half, but it features mixed flocks of birds moving through the hedgerows and thickets - all in a flurry of feeding in order to fatten up for their long migration south.

These diverse groups mark one of the most exciting times of the year to bird in the North Country - when each gregarious mixture can produce seemingly any species which breeds in or migrates through the region. It is the pulse of fall in the bird world during late summer, and it is not the only sign of the changing season.

Fall migration and the arrival of the Snow Geese

Indeed, late summer also brings with it migrant shorebirds - on their way from the arctic and stopping over on sandbars and flooded fields throughout the St. Lawrence Valley. But soon these shorebirds and the migrant songbird flocks push on - and we watch our leaves change as another round of migrant sparrows comes to our hedgerows and fields, while hawks migrate overhead. Before we know it, waterfowl are once again moving - flocking up at Robert Moses State Park, and stopping in at the Malone Recreation Park.

And then we hear them. The honking of the first Snow Geese of the season - harbingers of the huge flocks which are to come. These flocks soon cover the farm fields of the area, and pack together like sardines at the Rec Park with a large contingent of Canada Geese. Their numbers alone are staggering, but for birders the throng also contains hidden gems - tucked away and in need of discovery.

These oddities include Greater white-fronted Goose, Ross's Goose, Cackling Goose, and in 2017, a Pink-footed Goose. And while the spectacle can easily hold our attention, the time of year is also marked by our first Snow Buntings, Pine Siskins, Rough-legged Hawks, and American Tree Sparrows of the season. With such wintering birds arriving to take their place for the season, the cold, northern winds soon begin to push the enormous flocks of Snow Geese south, and we end the birding year just as we began it.

The magic of the Adirondacks is the result of previous generations taking a long view and protecting the mountains, lakes, and rivers within the Blue Line. That tradition continues today as we support and encourage everyone to practice Leave No Trace ethics, which help protect the lands and waters of the Adirondacks. 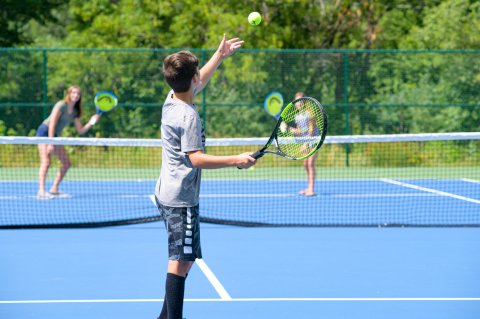 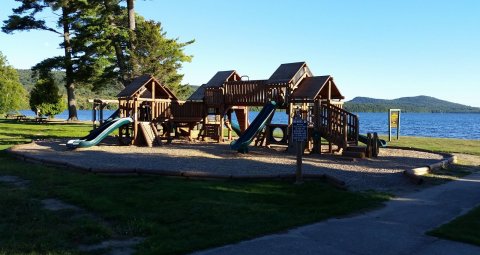 Meacham Lake Campground
Camping This 1,203 acre lake offers some of the best family-friendly camping in Franklin County. The campground is located in a very... Read More

Blue Mountain Road
Cycling This 21 mile (one way) route can include a hike up Azure Mountain. A combination of paved and dirt roads is a nice ride for... Read More
Mary Riley and Burns Holden Roads
These two roads sit just east of Fort Covington and they pass through fields and shrubby edge habitat. Edge habitat may offer Eastern... Read More 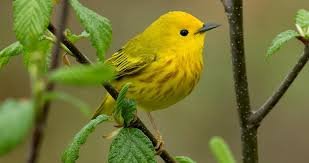 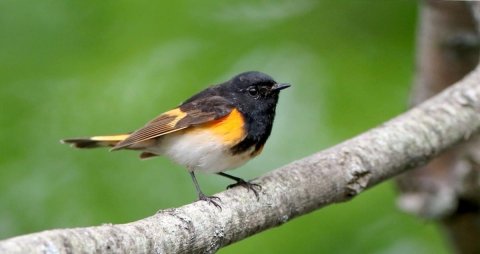 Hogansburg Roads
Some roads to check around Hogansburg include Frogtown Road to the west of town and Townsend and Beaver Meadow Roads to the east. All roads... Read More
Malone - Dufort Airport
Sitting just west of Malone along Route 11, the airport has breeding Killdeer and Savannah Sparrow during the summer. During the fall... Read More 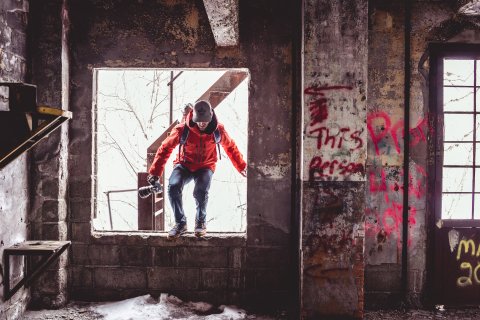 Lyon Mountain
Hiking This hike offers an incredible view from the restored 1917 fire tower. This mountain is the place to go for views that reach as far... Read More 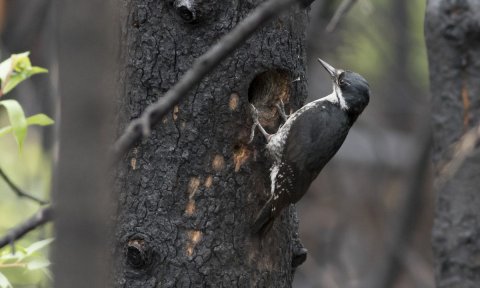 Debar Pond
Debar Pond is a long and narrow glacial lake with seemingly cool water all year. Sheltered by Debar and Baldface Mountains it has calm... Read More 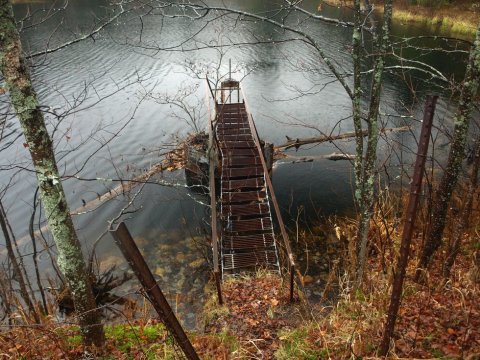 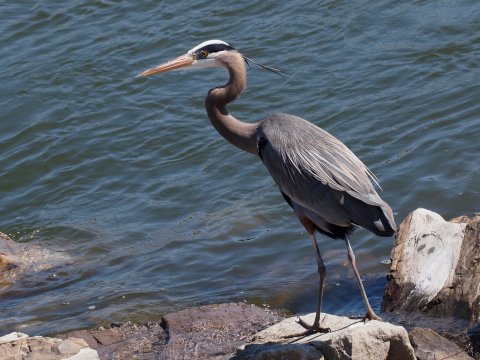 Deer River Flow
The Deer River and Flow are both excellent spots for birding, paddling, fishing, and relaxing. Check out the wetlands in the spring and... Read More 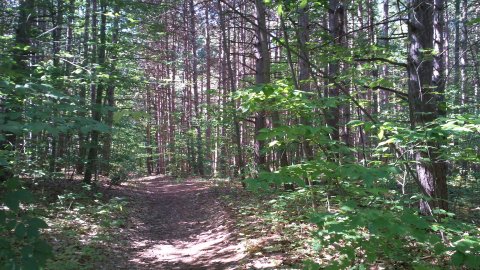 Macomb Trail
The Macomb Trail, a short but pretty hike, is located just a short distance from downtown Malone. Hiking This round trip is 0.75 miles,... Read More 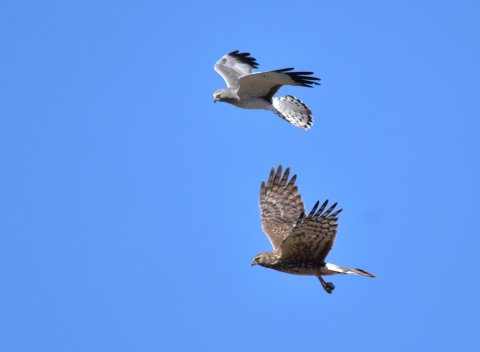 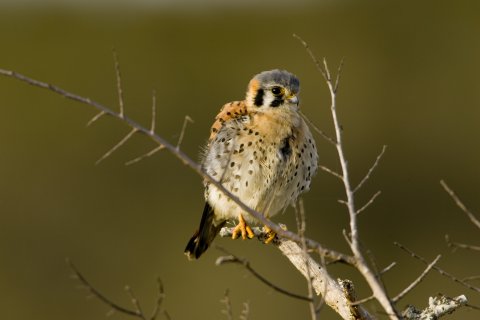 Malone Roads - East
The landscape around Malone is a bucolic collection of farm fields, wood lots, and hedgerows. For birders, several roads east of town are... Read More 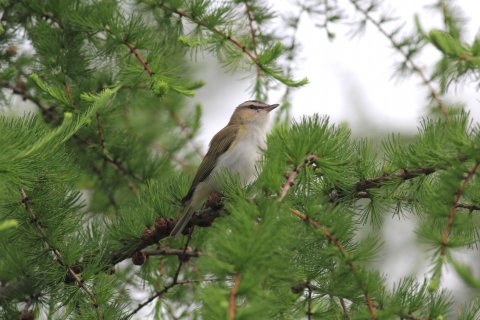 Madawaska Pond
Madawaska is part of a conservation easement in the larger Santa Clara Tract. This remote pond covers more than 220 acres in a largely east... Read More
Dexter Bog
Dexter Road runs between the northern end of Blue Mountain Road and Route 458 in Santa Clara and the small bog along it can be a great stop... Read More